Are you pal with Hal, yet? 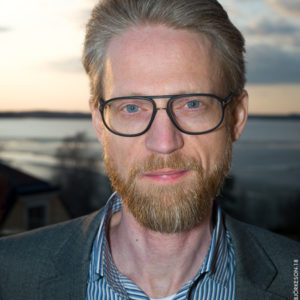 The Economist reminded me the other day of the quote in Stanley Kubrick’s alarming Future Study – 2001: A Space Odyessy. Captain Dave Bowman talked to and got quick responses from the main computer HAL 9000, which always was of service, but subsequently did not do as it was told as this could «compromise the mission». It was not a bright picture of computers and artificial intelligence, but it was an attempt to tell what may come in the future. Computers that understand us and can help us sort out complicated conditions or easily present large amounts of data. Kubrick had a sinister picture in his imagined future of talking robots. Read more in The Economist via the link at the bottom.

The development in this area of ​​speech recognition and AI is very rapid. Does anyone remember Siri’s first faltering steps? Today, Siri is already many times better, and in the streets, we more and more often hear “OK, Google!”.

Computer, robots and Bots have simply taken giant strides here. The voice and the language is the fastest way to communicate. If it works. Therein lies the problem and the solution. Computers are becoming increasingly better at synthetic speech. More like HAL above, which spoke clearly already in 1968.

– Hasta la vista, baby, Schwarzenegger’s famous role in the Terminator movies, is another example that suddenly feels distant. In the computer world, it no longer sounds monotonous, monotone and robotic. Of course, some voice applications still have a monotone robotic voice, but, as previously mentioned, that changes very quickly now. And suddenly one day, and I quote my friend Mats Lewan, it will be good enough. That’s when we will see the same cascade as we once did with the digital camera, the smartphone and, indeed, the fax and even the railway.

The Gordian knot is the combination and correlation of the various systems we see today. Deep learning, self-learning systems and, even more exciting, built-in mechanisms that can figure out both what happened and what happens next, without performing physical experiments.

Why is this so exciting and why do I believe that this will emerge so strongly? Well, speech and language is the most efficient – for us humans. Speech understanding and more or less intelligent household appliances are already becoming staples in everyday life. Now, the million-dollar question. How are things in the B2B-industry? When will business customers expect that purchased products can receive voice instructions answer what the manual says about a filter change or maximum capacity? When does the operator expect to sit in his or her her Scania or rock drill and ask when it is time to replace the air filter? My guess: this will become business critical very soon. Get ready to be friends with a bot-expert!

I can suggest some good articles on the topic:
– Read about «Amelia» in The Telegraph.
– Or if Google’s latest AI attempts at translation software.
– If you have three quarters of so read a more in-depth article in the Economist.