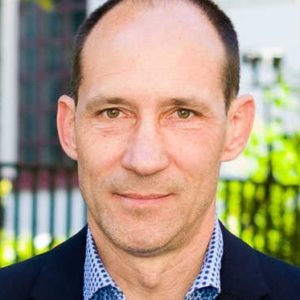 In general digitalization is used to make business processes more efficient. This is of course valid for manufacturing and distribution, but also for sales and product development. This is as true for the life science industry, as well as for other industries. It is even more true for companies having more established processes like manufacturing. But companies that mainly work with the product development process does not usually have established processes. Can digitalization also help in these situations? And how will IoT come in play?

Well many of the finalized and ongoing digitalization initiatives are built on IoT.

In the Med-tech industry their machines can be monitored using IoT to make sure that they work properly, give information how they are used and when it is time for maintenance. Huge cost savings can be made by not having to go to where the machine is situated to see this. Another area is the tools provided for the people working in healthcare. Smart tools can be used for the information handled during the meeting with a patient and fully or partly added to the patient’s journal. But with technical means it can also be used to get help from experts in situation with uncertainty.

The entry of IoT within health care is in some places called Augumented Healthcare. It can be used to monitor the patient´s illness so that the picture is more complete than what the patient themselves can provide or tell. The quality and amount of information increases which will lead to enabling a better treatment! Used in the right way it can also lead to a sense of a more personalized treatment. It can also be more proactively used by seeing changes in values and act according to that. For example, to change a medication.
This can also lead to that healthcare can be offered to a higher degree on distance, which can be an advantage in different situations. It can also be used to see the effect that a drug has on the patient even though the person is not in a healthcare facility. The patient can also be constantly provided with the result of the treatment.

During the development process, mainly within the Pharma industry, a lot of information is handled to create a new drug. Using IoT the amount and quality on the information around a disease increases, which can be used as a base to develop the new drug or cure. The increased amount of information is then used to create the new or improved drug. But another thing needed is good tools that can be used to process the information.
Another area within pharma that is now possible, is to verify the effect a drug has on a cellular level without using any animal or human resources. This will lead to big savings in the first test phases in drug developments.

It is very attempting to just start the digitalization journey, with the almost unlimited number of possibilities, but there are a number of questions that need to be addressed. Questions about:

– The cost, who will take it or how should it be distributed?
– Safety, how should the security be handled to prevent this sensitive information to be ending up in the wrong hands?
– Ownership, who will own the information gathered?

But not only that, as there is a huge potential to make life easier for the patients!